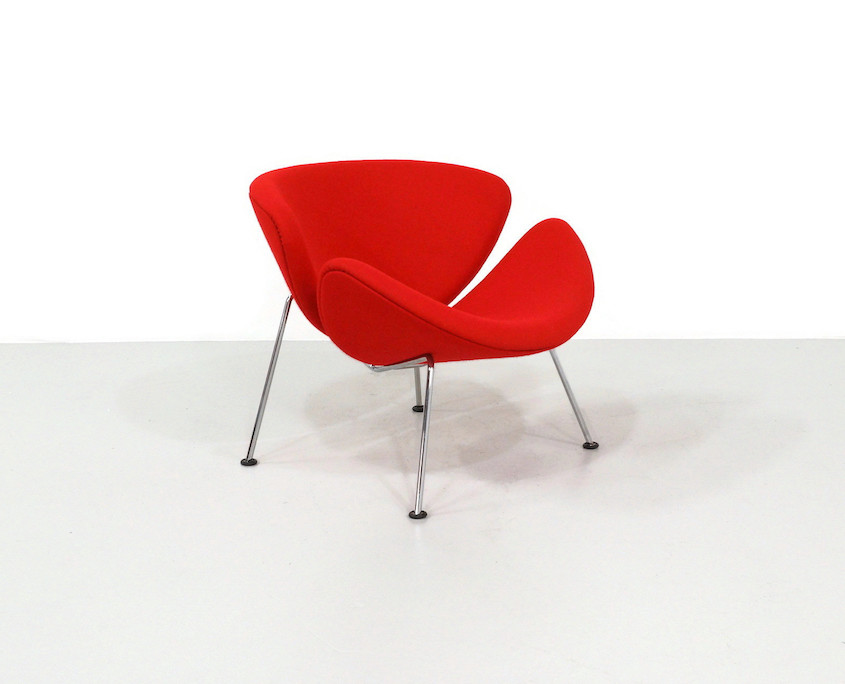 Red Vintage Orange slice chair designed by Pierre Paulin for Artifort. The chair is upholstered in Red Tonus fabric from Kvadrat and in very good condition.

The Orange Slice chair is one of the most popular design armchairs in the world. Pierre Paulin designed the orange slice in 1960, this iconic armchair makes any room more cheerful, spacious and open.
If you look at the orange slice from different visual angles, the Orange Slice shows several stages of ‘curl up’. In fact, the chair seems to change shape every time you look at it.

The armchair comprises two completely identical shells of pressed beech, covered with foam on a chromed or powder coated metal frame Pierre Paulin work can be admired in museums throughout the world. Beside furniture, he also designed interiors for the French presidents Pompidou and Mitterrand in the Elysée Palace in Paris. Pierre Paulin died on 13 June 2009 in a hospital in Montpellier (France). The French president Sarkozy honoured him as “the man who made design an art”. In November 2009, Paulin was posthumously awarded the distinction of “Royal Designer for Industry” (RDI).