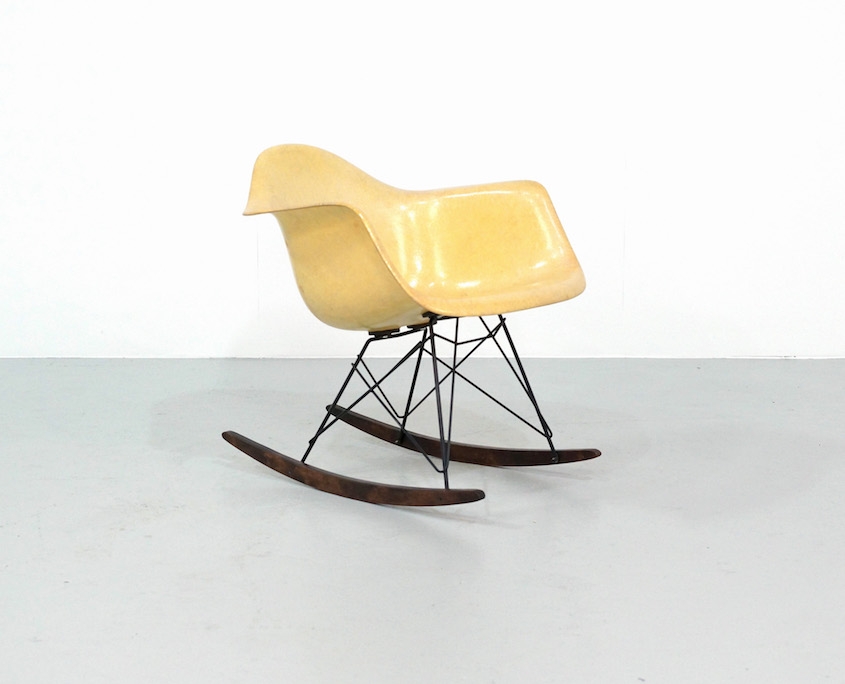 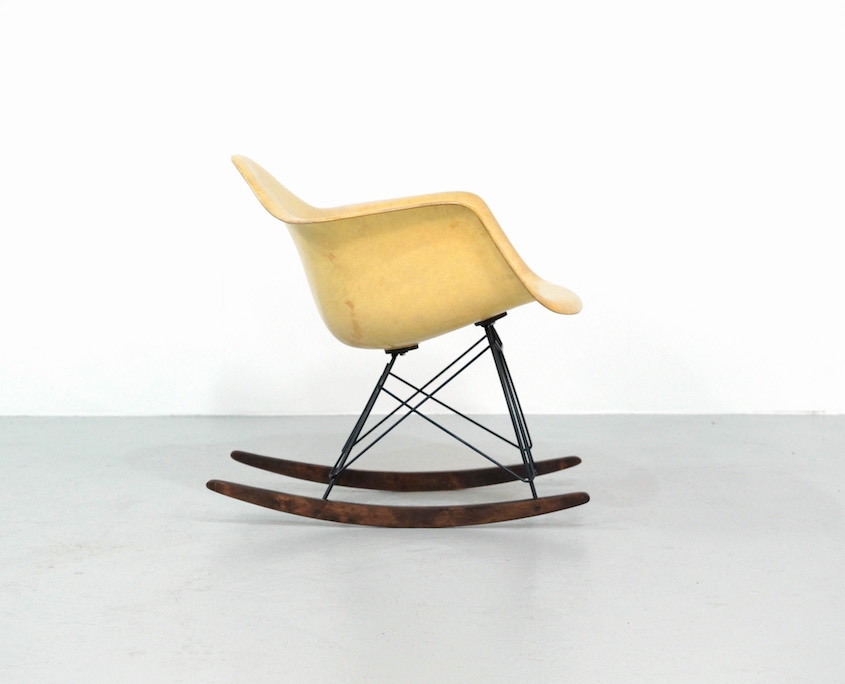 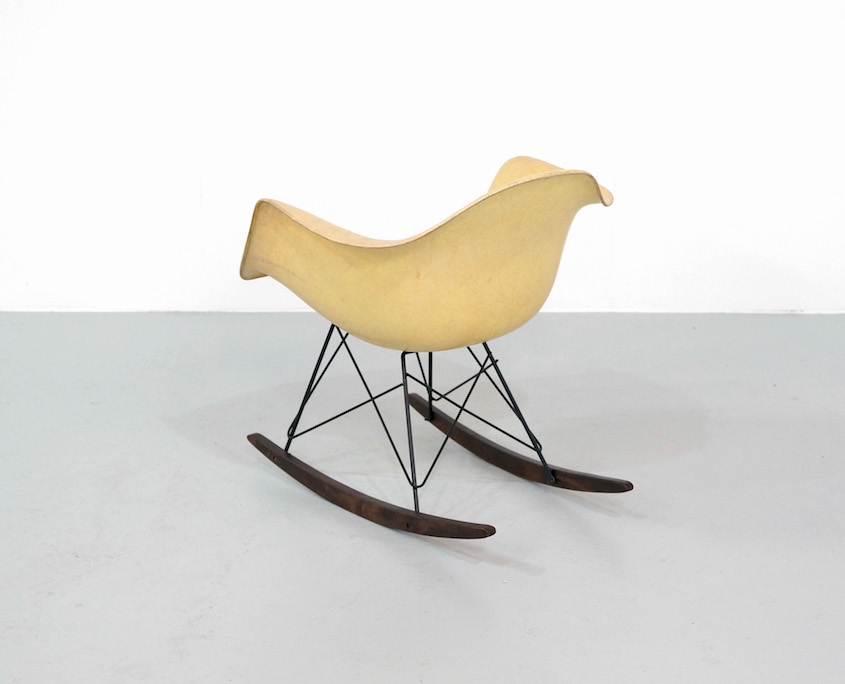 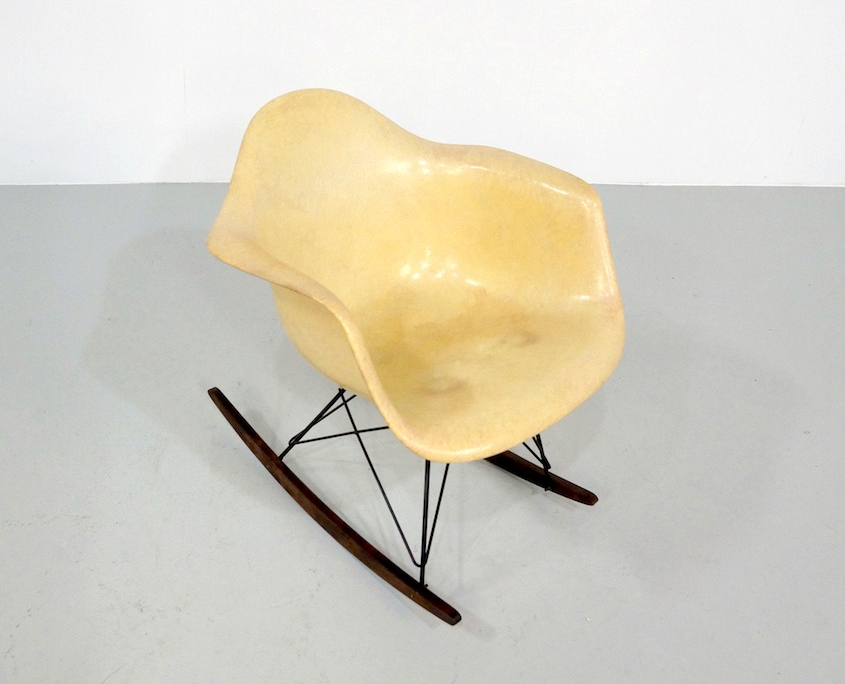 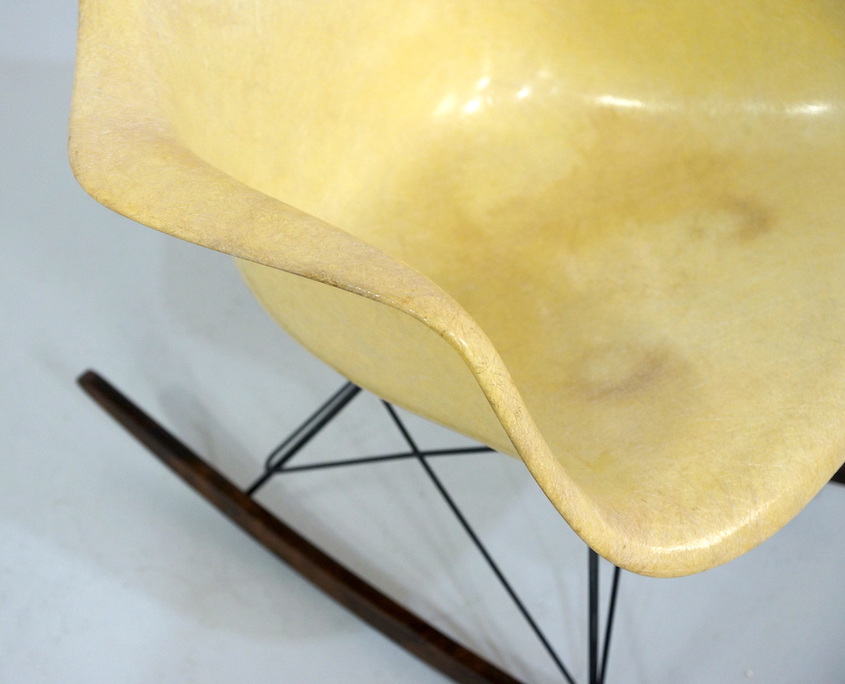 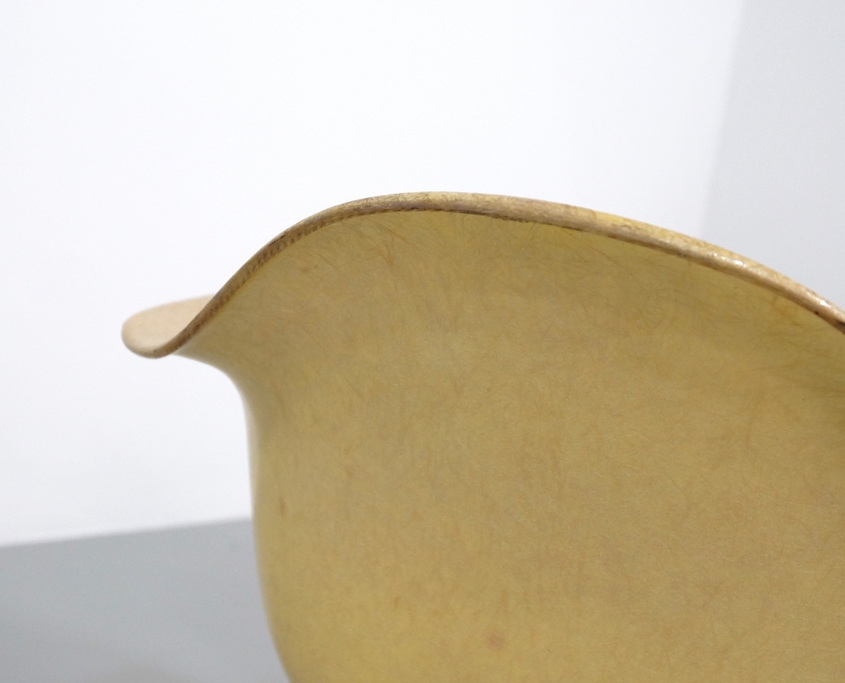 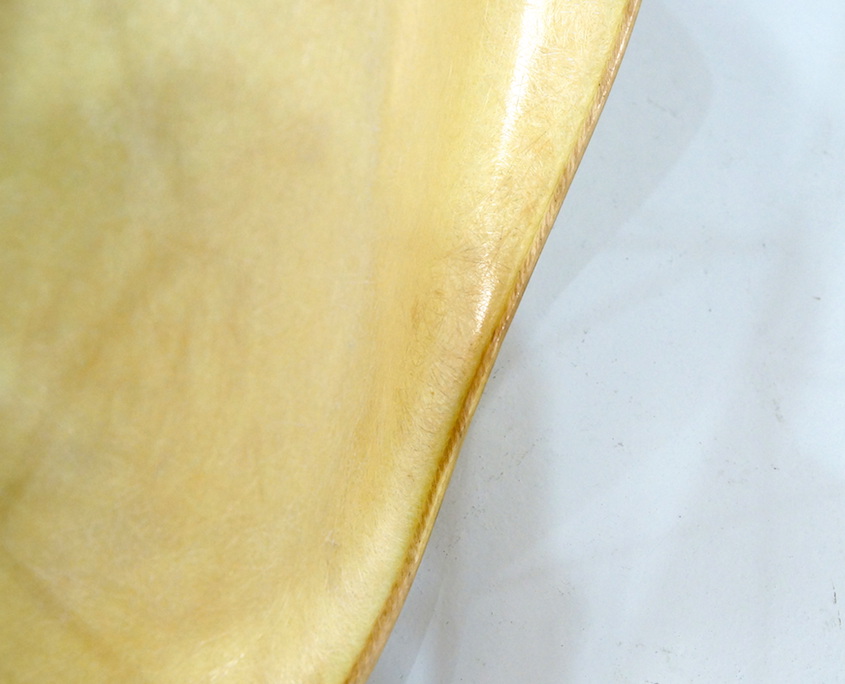 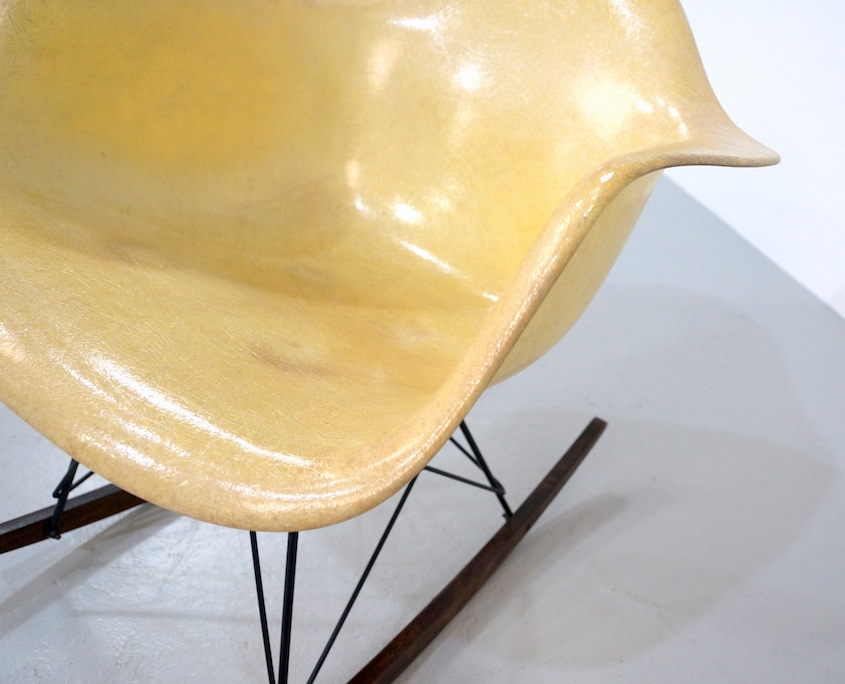 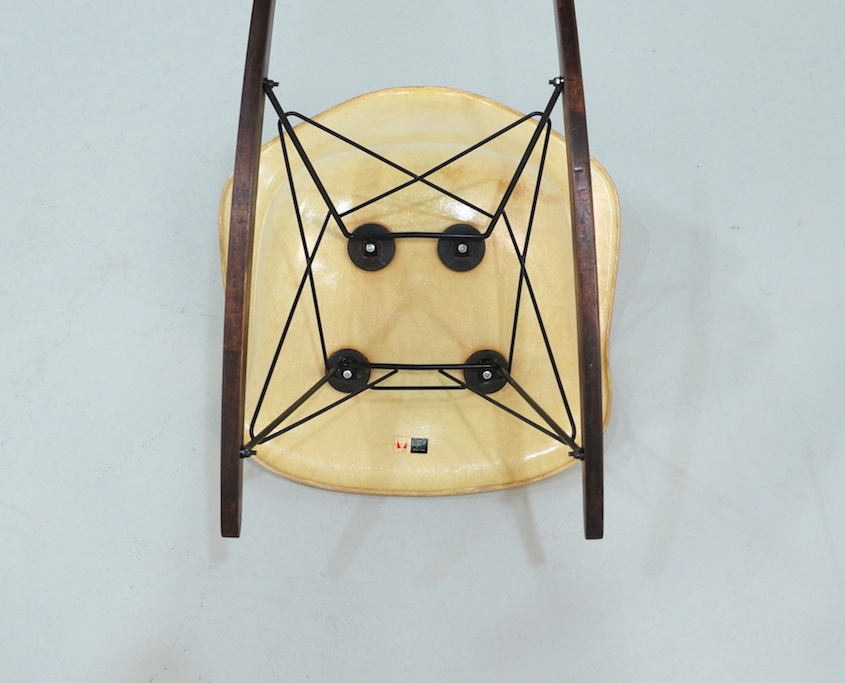 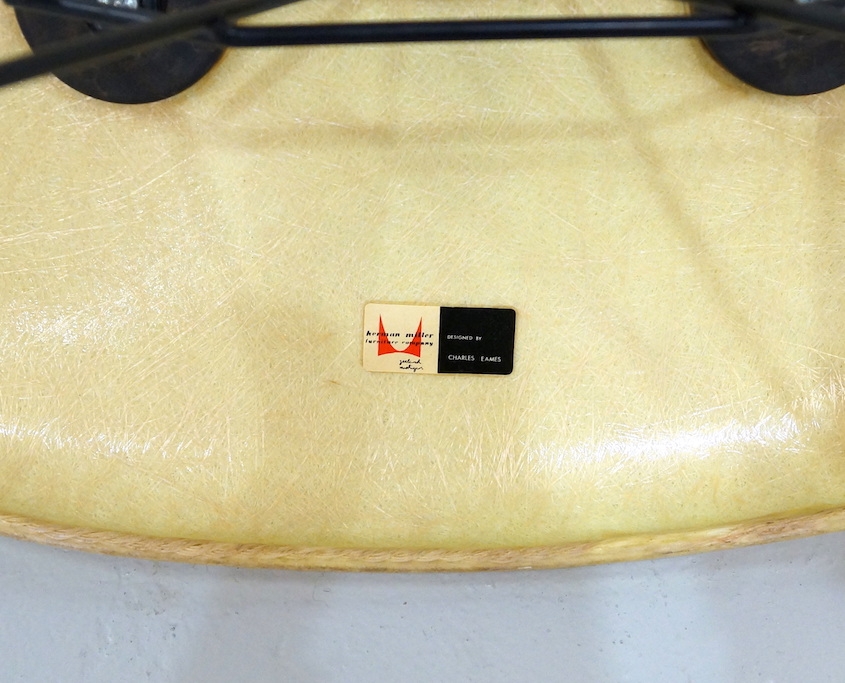 This is an early edeition Rope Edge Chair designed by Charles Eames and made by Herman Miller in Lemon Yellow colour. This RAR ( Rocking Arm Chair ) stand on a later ( 1980s) production Rocker base. The early Eames shells have the rope on the edge of the seat, to give Eames shell chairs the radius edge that Charles and Ray designed. They inserted a rope along the shell’s edge on the first production examples. The ropes were round and molded in place on the edge, providing for a comfortable handgrip.
Charles wasn’t happy with the rope edges, because they were an added expense as well as a point of structural weakness. He and Ray pushed for a mold that incorporated radius edges, and this was a real breakthrough.
The later editions the rope edge was gone and there was a complete fiberglass chair without the rope on the edge.