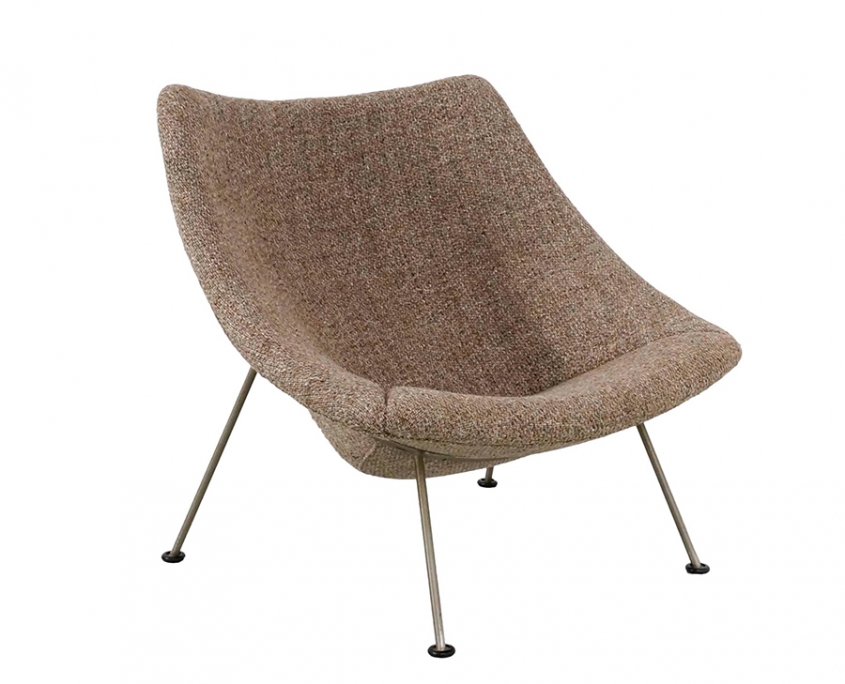 This Oyster chair designed by Pierre Paulin in the start of the 1960s has a nickel metal base and its design is so Minimalist that the wool upholstered wooden seating shell seems to float. The wool upholstery with the typical 1960 brown grey color springs make it look great. At an international furniture show organized by Kho Liang Le, Pierre Paulin made a considerable impression with this contemporary seating shell. Shortly after the show, he became a freelance designer for Artifort. What makes his designs so distinctive is their striking sculptural shape, which earned Paulin many prizes worldwide. His work can be admired in museums throughout the world. Apart from furniture, he also designed interiors for the French presidents, Pompidou and Mitterrand in the Elysée Palace in Paris. Pierre Paulin died on 13 June 2009 in a hospital in Montpellier (France). The French president Sarkozy honoured him as “the man who made design an art”. The Oyster was in the Artifort collection until 1979. This Oyster is an early 1960s edition and with lots of love for the original design, new upholstered with the original wool fabric and is again in very good condition. Ready to join another home for a new life.