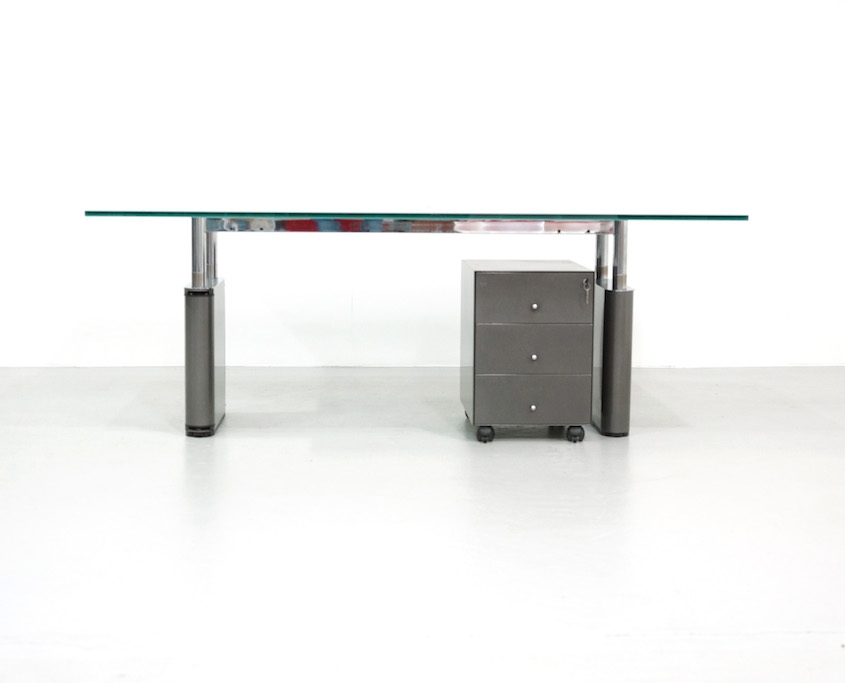 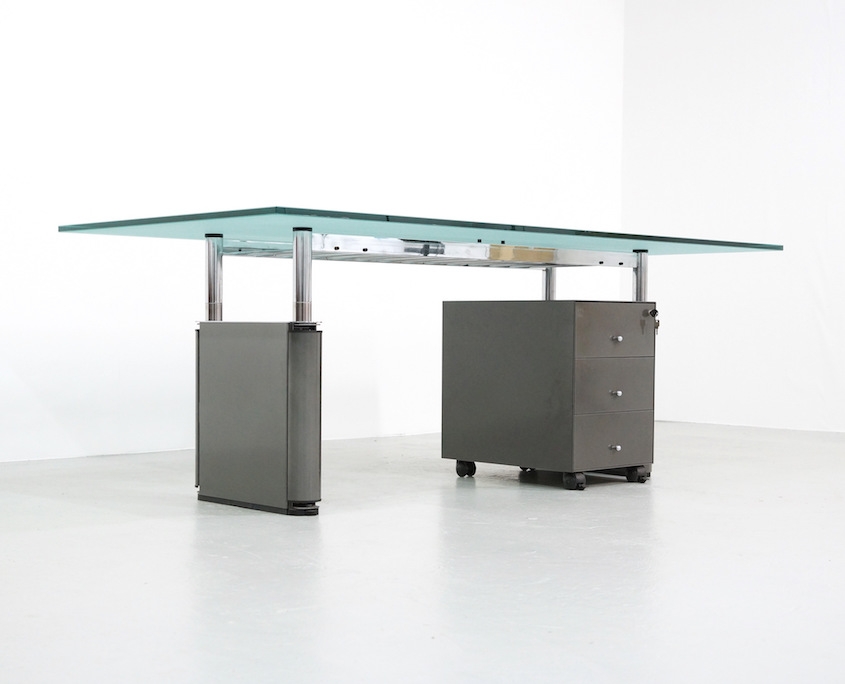 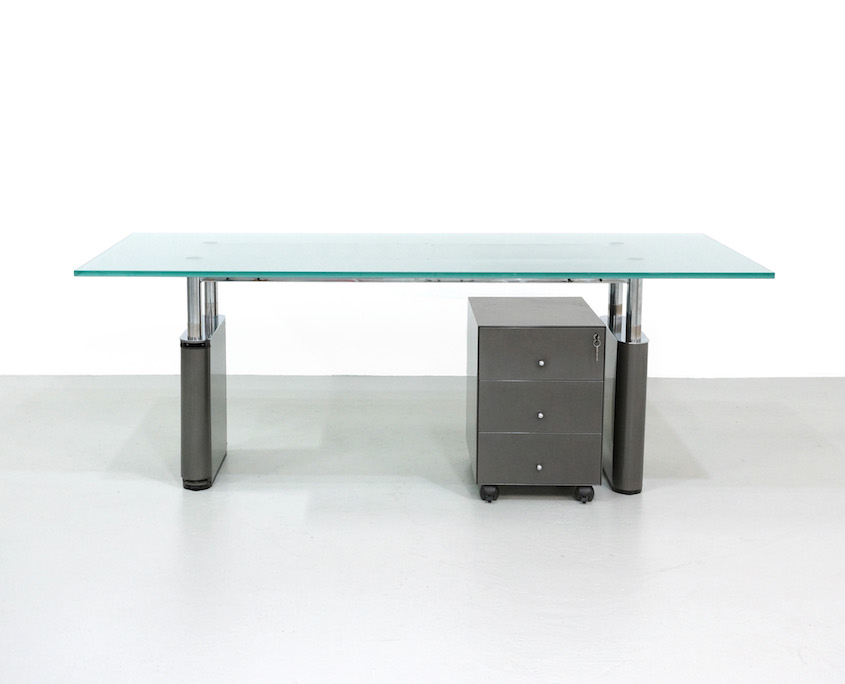 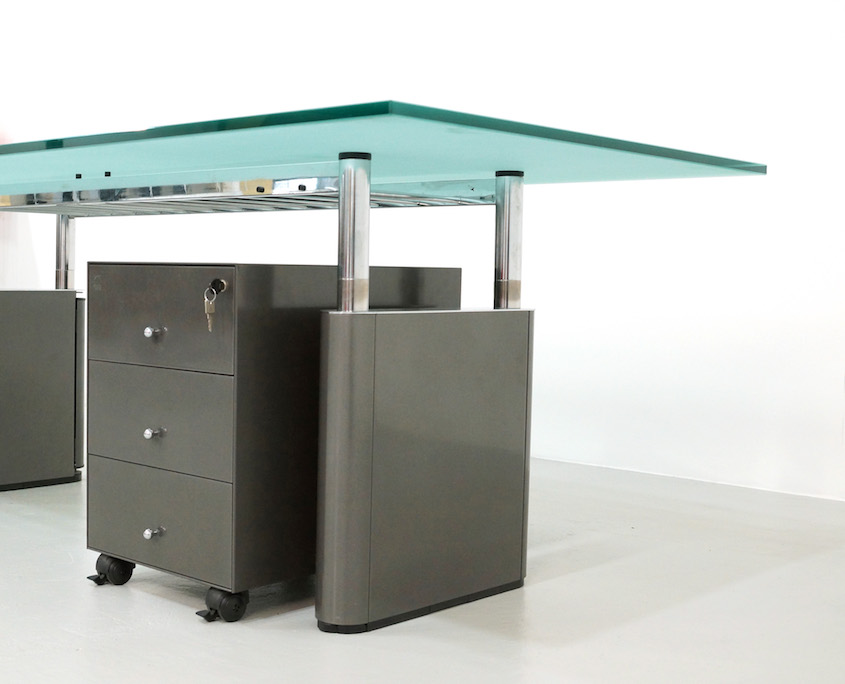 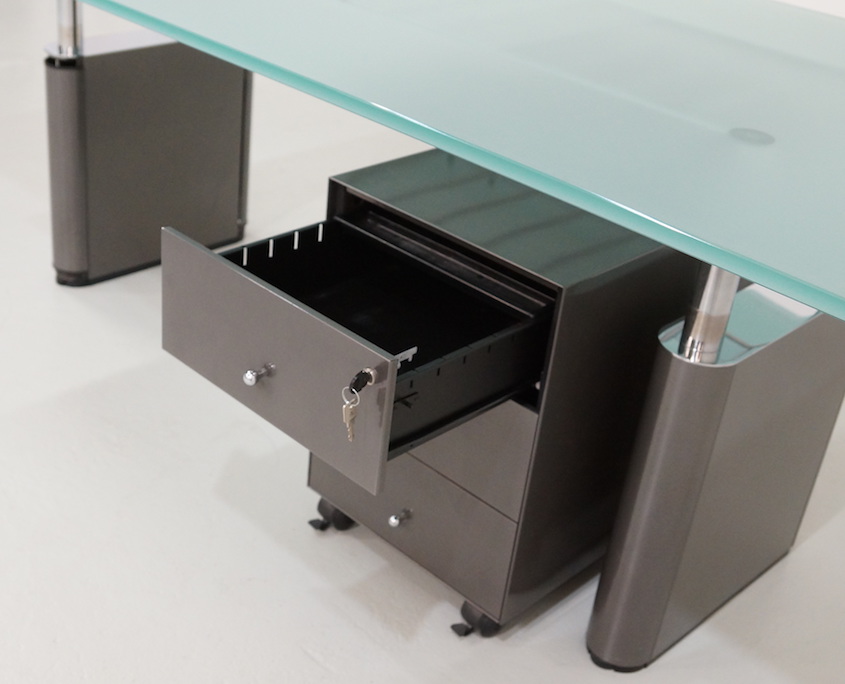 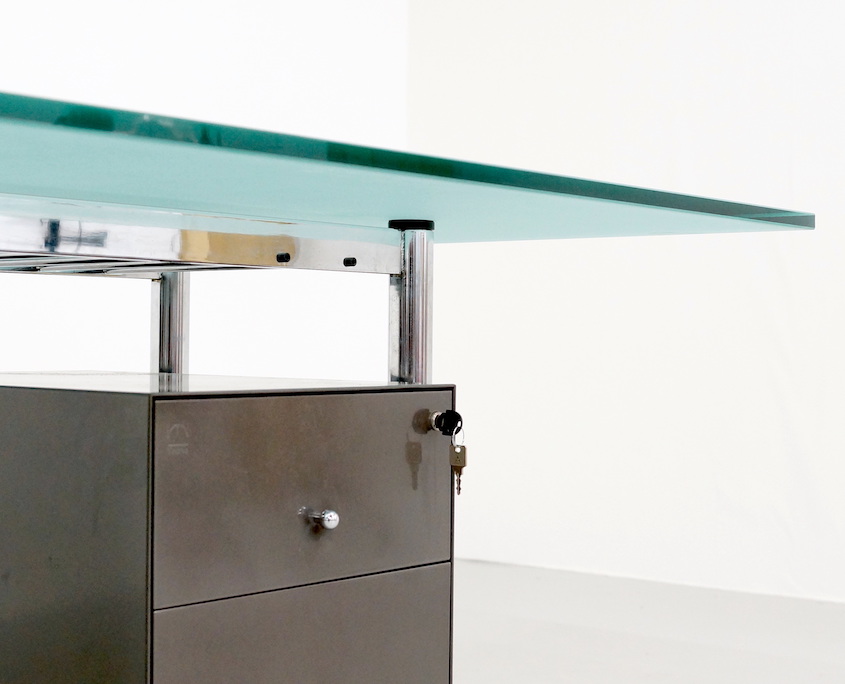 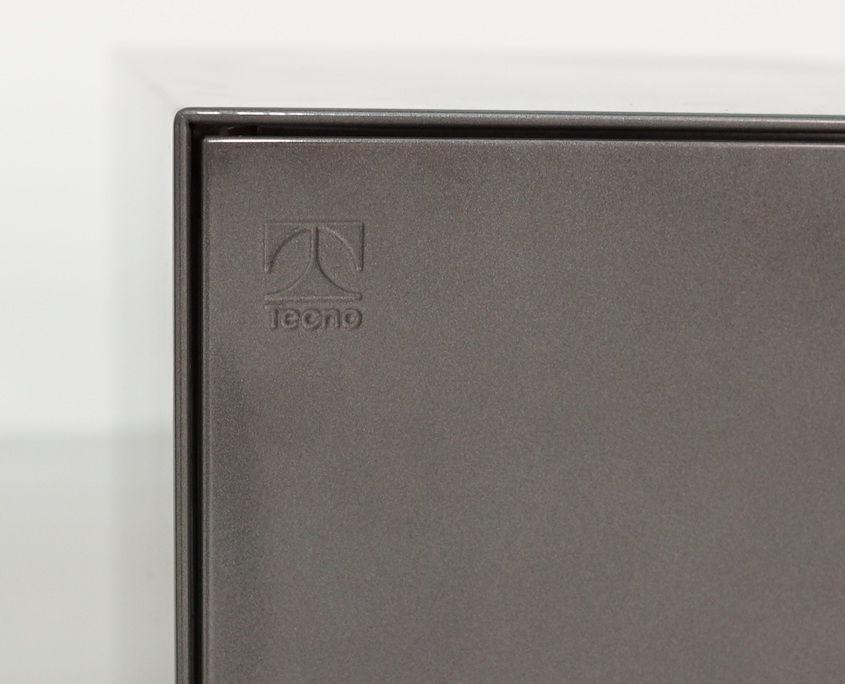 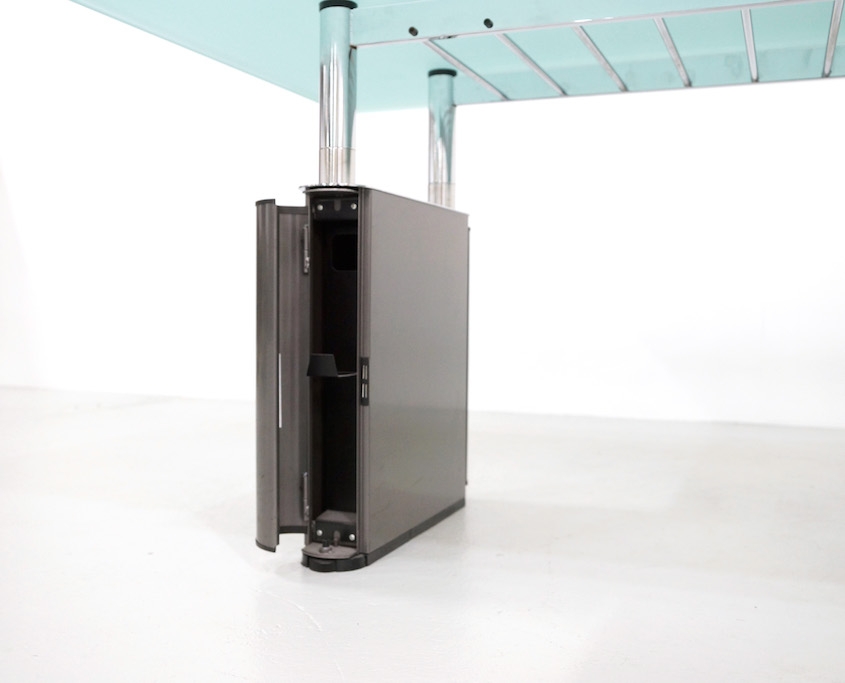 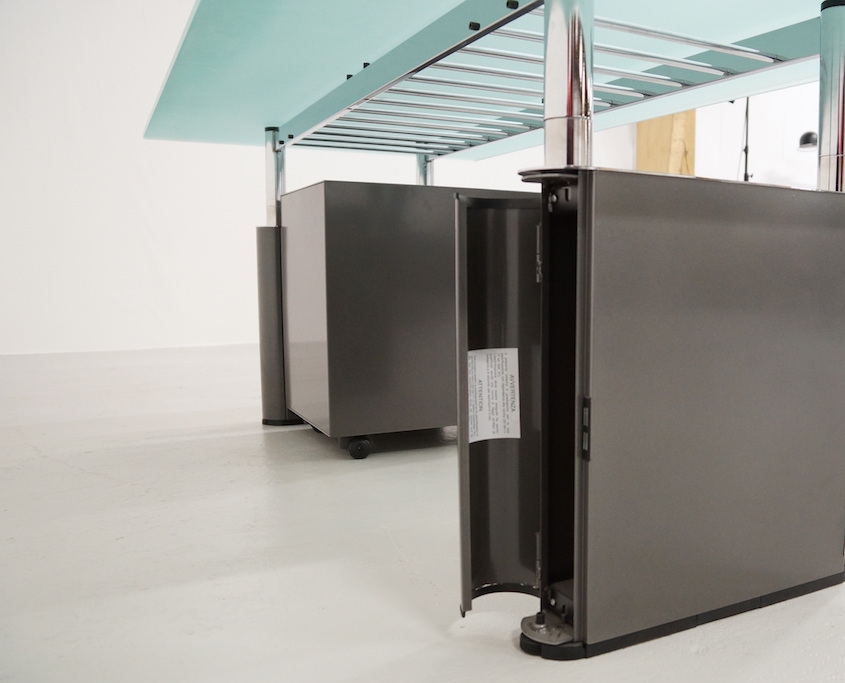 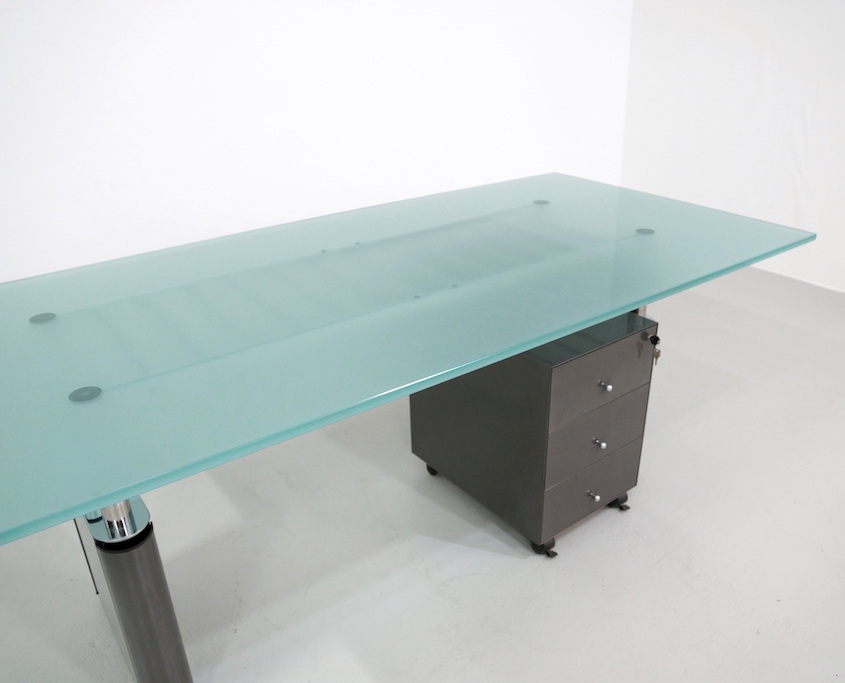 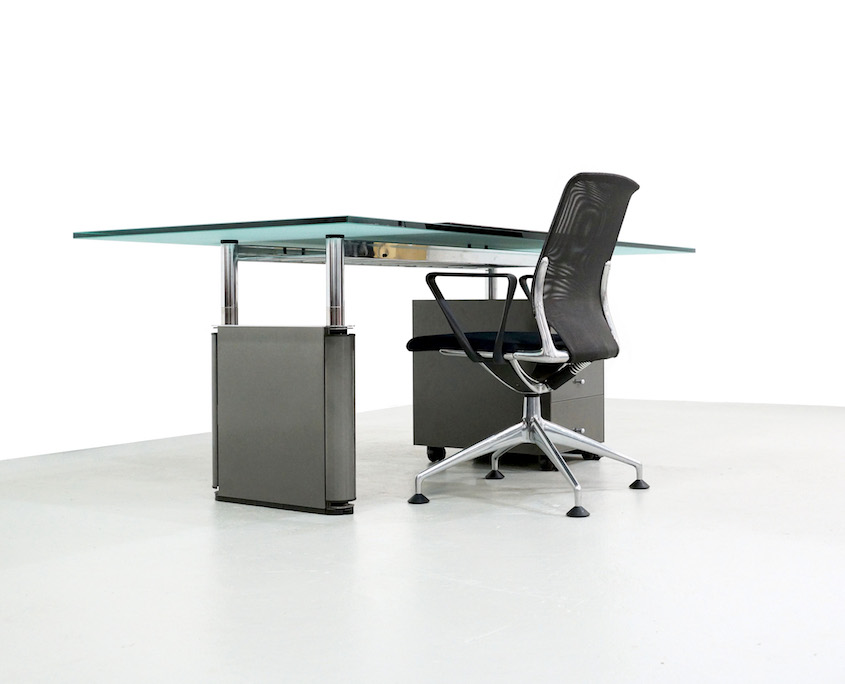 Beautiful desk designed in the 1980 by Gae Aulenti for Tecno Spa. This was the begin of the cooperation between the Milan’s architect Gae Aulenti and Tecno, with the design of the executive collection Kum, with meeting tables, desks and tailor-made products.
This Office desk with matted glass top and metal rolling cabinet is in beautiful condition, with minor wear on the glass and the cabinet.

Age Aulenti graduated in 1953 from the Politecnico di Milano and from 1955 to 1965 worked on the editorial team of Casabella-Continuità, under Ernesto Rogers.  Since 1956 she has had her own practice in Milan; her work includes architectural design, interior and industrial design, and stage design (House with stable in San Siro, Milan, 1956; Italian Section for the 13th Triennale di Milano, 1964.“Pipistrello” lamp for Martinelli Luce, 1965; Olivetti showrooms in Paris and Buenos Aires, 1967-1968; garden in Granaiolo, 1970; FIAT showrooms in Brussels and Zurich, 1969-1970; exhibition.
The New Domestic Landscape” at the Museum of Modern Art in New York, 1972; furniture series for Knoll, 1976; Theatre Design Workshop in Prato with Luca Ronconi, 1976-1978; solo exhibition at the Padiglione d’Arte Contemporanea in Milan, 1979), then followed by the design of the executive collection Kum, with meeting tables, desks and tailor-made products.